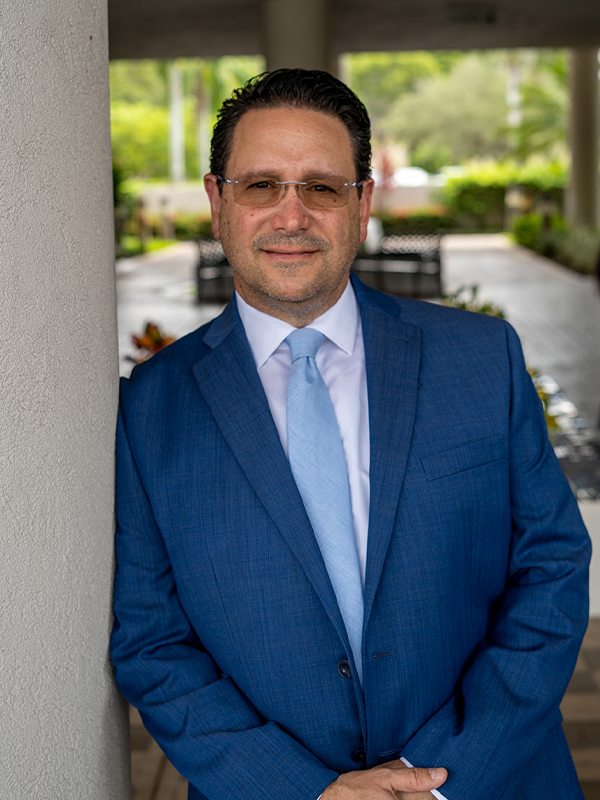 Mr. Fabrikant has been the senior partner of his law firm since 2001. Mr. Fabrikant’s areas of legal practice include a focus on corporate and business transactions and litigation, and has been representing clients in real estate matters since 2001. As a transaction and litigation attorney, Mr. Fabrikant has represented clients with complex litigation and transaction matters in the areas of corporate breaches, real estate, business litigation, probate and estates, family law, casualty losses, intellectual property, entertainment law, and investment opportunities.

Practice Areas
Mr. Fabrikant has also represented clients on intellectual property matters such as patents, copyrights, trademarks, and trade secrets, including registrations, contract licensing, and litigation in state and federal court as well as before the United States Patent and Trademark Trial and Appeals Board. Mr. Fabrikant has lectured in Real Estate matters and has been consulted with in the media on real estate issues affecting South Florida. Before becoming an attorney, Mr. Fabrikant was involved in the entertainment industry owning a music management company and record label based in New York and a media distribution 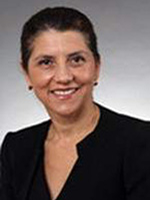 Rosana was awarded a full scholarship to Smith College in Northampton Massachusetts after graduating from High School as Class President and Second in her Graduating Class. As a preeminent all-girl’s liberal arts college where persons with distinguishment such as Former First Lady Nancy Reagan, Former First Lady Barbara Bush, and media mogul Gloria Steinem attended, at Smith College Rosana was exposed to forces that enforced her ability to achieve exceptional status. Rosana obtained her degree in Economics, while mastering the languages of French, Italian, Spanish, and English

Rosana went on to law school at the University of Massachusetts. During and after law school, Rosana worked at the United States Governments Department of Healthcare and Financing Administration where she assisted in the researching and writing of the revised HCFA financing laws and regulations. Thereafter, Rosana went into private practice, working at Zuckerman, Spaeder, Taylor & Evans, LLP, in Downtown Miami, where she was involved in representing clients in Health-Care Administrative Agency Regulation matters, and then to Gilbride, Heller & Brown, P.A., eventually achieving partner status, where she assisted with litigation matters that included the Hedge Fund Administrator CITGO litigation defense in the United States and Ireland. 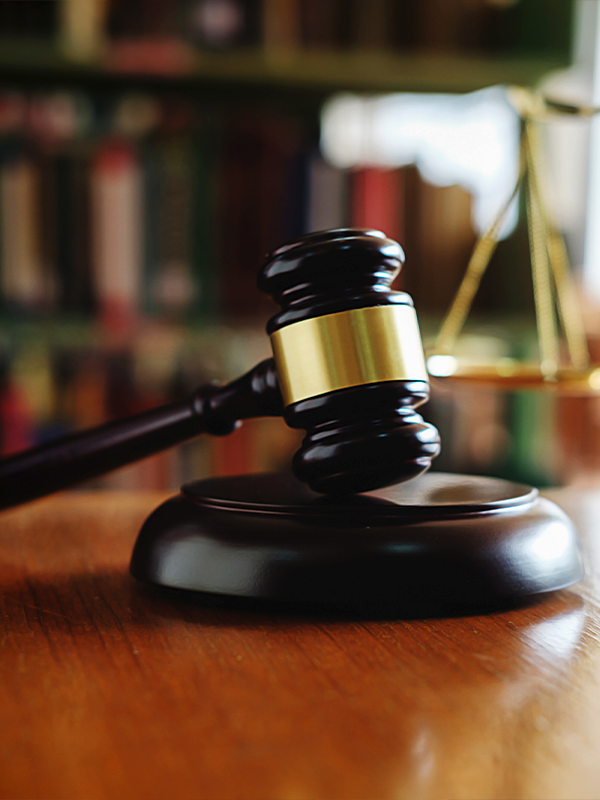 Michael received his undergraduate degree in Accounting from the University of Miami. Thereafter, Michael went into the military, serving in the United States Army during the Vietnam War. After an Honorable Discharge, Michael went to law school at Stetson University School of Law in Tampa. Not yet feeling complete with his formal education, Michael continued with the University of Miami School of Law to obtain his L.L.M. in taxation. Michael then went on to work for the Internal Revenue Service of the Department of the U.S. Treasury. After several years with the I.R.S., Michael worked for the law firm of Franklin, Ullman, Kimler & Entin before starting his own law firm in 1981. Michael’s law practice has included representing clients before administrative agencies for financial and tax matters and appearing before the United States Tax Court to defend clients against excessive taxation demands of the U.S. Government. Michael has represented clients with trust, probate, and estate matters, and has represented clients in preparing private placements and prospect us preparations, as well as with limited partnerships to raise capital for investment and tax purposes. 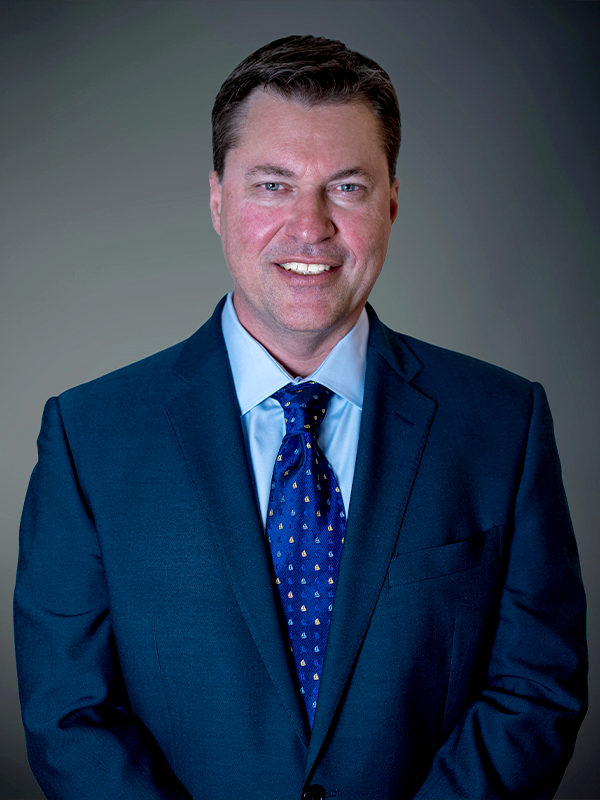 Mr. Miller has been a practicing attorney in Florida since 1991. He was born and raised in Miami Beach, Florida, and attended Miami Beach Senior High School, where in 1983 he won a State of Florida Two-Man Debate Championship. He is a graduate of the University of Miami, where he earned a Bachelor of Arts in 1986 (finishing a semester early). Eric also attended the University of Miami School of Law receiving a Juris Doctorate in 1990, and qualified as a Finalist in the school’s prestigious Appellate, Moot Court Competition.

Mr. Miller maintains memberships in the Florida Bar and Southern District of Florida Federal Trial Bar. He is also a past member of the American Corporate Counsel Association, and of the Interactive Media Roundtable. Eric has also held memberships in the Business Law and Trial Lawyers Sections of the Florida Bar; and has been certified as a Circuit Court Mediator and Florida Supreme Court Arbitrator.

Eric has served as corporate and litigation counsel for numerous business entities in his 30+ years of experience as a practicing lawyer in the State of Florida. He began working as an associate for a high-profile law firm headed by the late Ellis Rubin handling many of their clients’ civil and criminal litigation, administrative, business, and appellate matters. Later, he was hired as In-House Senior Corporate Counsel for a major interactive media technologies firm, overseeing all administrative, litigation and intellectual property matters.

Prior to joining the firm of Fabrikant & Associates, Mr. Miller founded his own private practice where he served Miami-Dade, Broward, and Palm Beach Counties for more than 20 years primarily in the areas of complex business litigation, corporate and commercial transactions, business torts, condominium association litigation, and public adjuster representation.

Mr. Miller is fluent in Spanish, with his parents having emigrated from Cuba in the early 1960’s, and is an avid table tennis player, learning to play the sport from his late father, who was an accomplished semi-professional player in Havana. 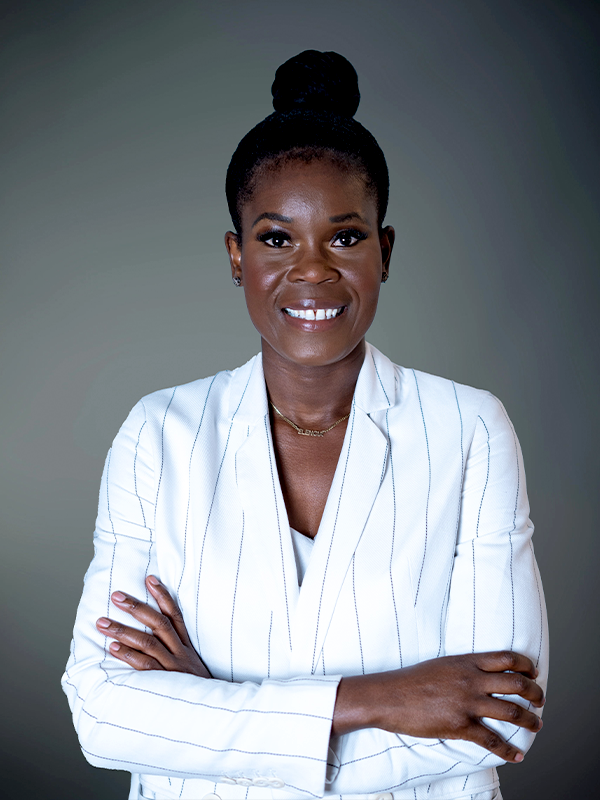 Ms. Alcius’s areas of legal practice include a focus on civil litigation and first-party property litigation and insurance defense. Additionally, Ms. Alcius has experience in Dependency with the Department of Children and Families.

Ms. Alcius obtained an undergrad degree in Business, a master’s in Counseling Psychology, and attended law school in Virginia at Appalachian School of Law, graduating early and the top 10% of her class. While in law school Ms. Alcius interned with Broward County State Attorneys’ office in Broward County Florida where she gained valuable experience. 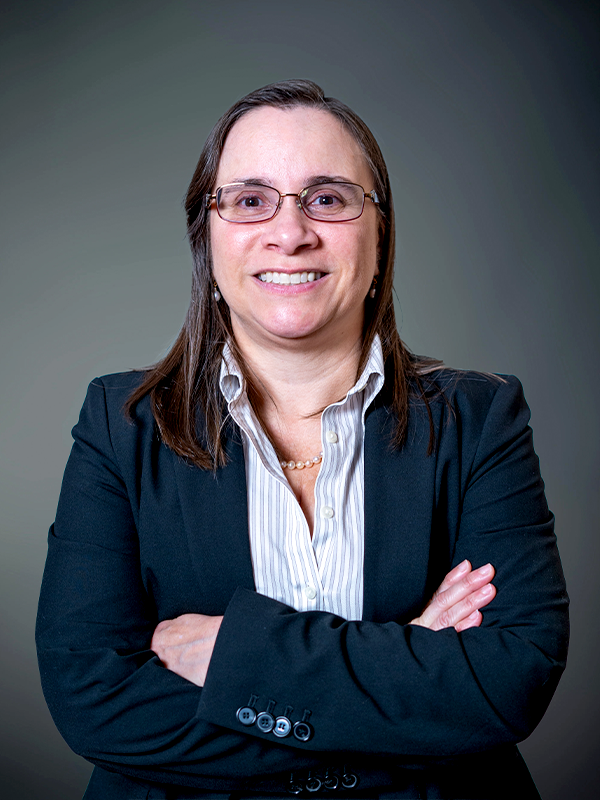 Born and raised in Puerto Rico where she led a successful federal litigation practice representing clients in constitutional claims of violation to freedom of speech, unreasonable searches and seizures, due process violations and in labor and employment discrimination, retaliation and civil rights cases, Yadhira moved to South Florida in 2018, and started representing plaintiffs in federal court that asserted claims under Title VII, the American with Disabilities Act (ADA), Family Medical Leave Act (FMLA), Age Discrimination in Employment Act (ADEA), and Fair Labor Standards Act (FLSA). More recently, Yadhira has expanded the scope of her practice to include business and commercial litigation.

Upon being admitted to the practice of law, Yadhira began clerking for the Court’s system on the Commonwealth of Puerto Rico, first at the trial level handling adversary civil and criminal cases alike, and continuing clerking at the Supreme Court of Puerto Rico.

Throughout her litigation career, Yadhira has handled more than 190 federal cases the majority of these being categorized as highly complex. Many of the cases that she has handled often entailed multiple parties and they implicated large monetary exposure of more than a million dollars.

Also, she has tried at least fifteen (15) civil rights’ jury trials in federal court. Of those she has been the lead counsel in about 12 of them. Many of the favorable judgments that Yadhira has obtained at the U.S. District Court level by way of motion to dismiss, summary judgment or jury trial, have been affirmed by the U.S. First Circuit Court.

She is fluent in Spanish, English and studied Italian and French. She is a life-time member of Hadassah, the Women’s Zionist Organization of America, Inc. During her bachelor’s degree years, she was a member of the Phi Kappa Phi honor society, chapter of the U.P.R., Mayaguez Campus. 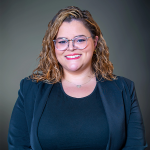 Dennise has been working in the legal field since 2018 as a Legal Assistant and a Paralegal. She earned an Associate’s in Criminal Justice Technology from Valencia College, a Bachelor’s in Sociology from Florida International University and is currently working towards an Associate’s in Paralegal Studies at Broward College. She has plans to pursue law school to obtain a J.D. in the near future. Dennise enjoys spending quality time with her three nieces whenever she can as family is the most important thing to her. 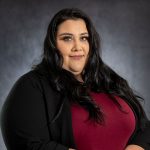 Ashley Lawrence supports attorneys in the Civil Litigation Department. Prior to joining Fabrikant & Associates PLLC., Ashley assisted attorneys in multiple practice areas, including Subrogation, Creditors Rights, Commercial Debt Collection as well as Local and Foreign Judgment Collection. She has worked in the legal field in Florida for 5+ years. 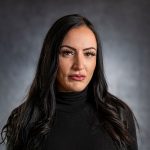 Melanie graduated from the University of Miami as a Certified Paralegal. She has experience working in many different areas of law. Melanie is currently in school to obtain a bachelor’s degree in Criminal Justice in order to go to Law School in the future. In her free time away from work, she likes to spend time with her daughter, that she adores. Melanie is very spiritual and family oriented. She is also a cat lover. 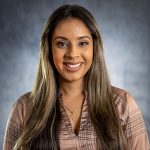 Michelle has been a Legal Assistant/Paralegal since June of 2017 and she joined the team as a Paralegal in the Firm’s Eviction Litigation Department since March of 2019. She also on occasions assist with the Civil Litigation matters. Michelle has previous experience in traffic, debt collection, subrogation and insurance property claims. 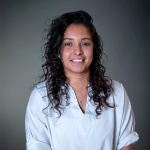 Joanne graduated from John Jay College of Criminal Justice in New York with a Bachelor of Science in Criminal Justice and a minor in law. Joanne has worked in various areas of law in New York prior to moving to Florida. She has experience in Matrimonial and Family Law, Personal Injury and Medical Malpractice, Loan Modification, Property and Diminished Value, and Evictions. Joanne is very passionate about her work and loves to help others. 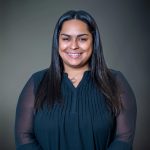 Veronica has worked as a Legal Assistant/Paralegal since 2017, covering various areas in the legal Field such as, Property insurance claims, Traffic law, Foreclosure, Immigration and Eviction Law. She uses her experience and knowledge to assist attorneys and clients. In her free time, she enjoys spending time with her son, and sharing wonderful moments with her family.

Our Associate Attorneys are qualified and trained to provide effective legal representation on behalf of our law firm. They have diverse backgrounds from trial experience to accounting and business knowledge to assist with our client’s needs.

The firm has additional support persons that include law clerks, legal assistants, and file clerks that assist with the preparation of files, maintaining the flow of cases and matters, and assisting with providing our clients with information. These persons provide competent professional assistance to the other members of the law firm team through organized and structured systems to offer a more efficient service to our clients.